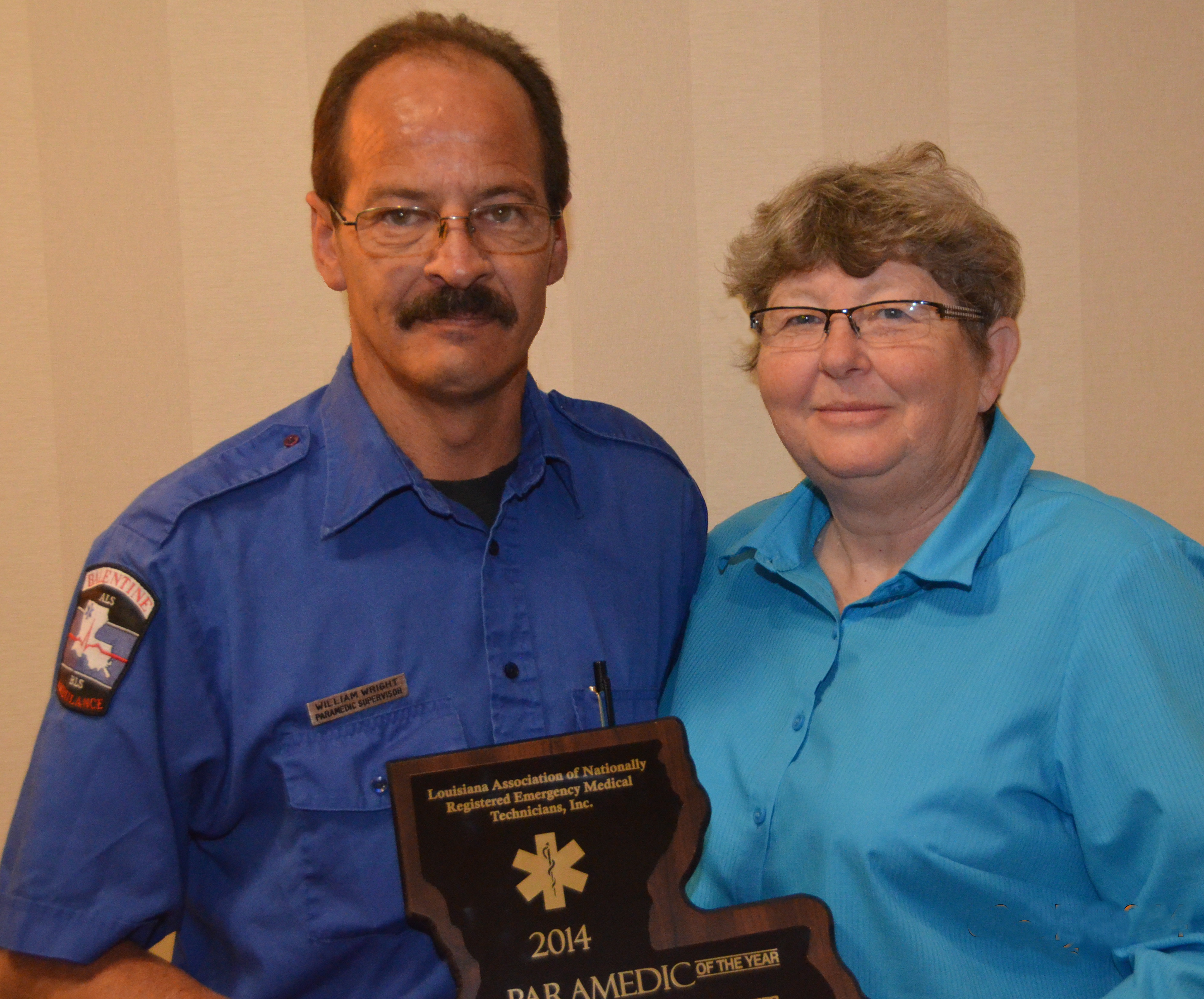 William has been in EMS for over 30 years. When one has been in this business for that amount of time and still is working on the street, which in itself is something to be awarded for.

William was born in Chambersburg, Pennsylvania on January 9, 1966. William's mother was working as an EMT in Houston, Texas and so he was encouraged to go to EMT class at night and became an EMT Basic. While in high school he was recruited to go into the National Guard but while he was in training he got injured and was not able to continue his military career. William graduated high school in May 1984 and began to work in Houston, Texas for an ambulance service as an EMT Basic.

In 1985 William's mother decided to move the family to Shreveport, Louisiana. William took a job as an EMT at Jordan Ambulance working at the horse track as a medic for a few weeks. William then came to work at Balentine Ambulance service on October 25, 1985 has been here for almost 30 years. During this time we obtained his EMT Paramedic in October 1993.

During his career William has worn many different hats. William was a BLS, an ACLS and a PALS instructor for many years. William now serves as the A shift supervisor for the 24 hour shift at Balentine Ambulance Service. William worked part-time for Natchitoches Parish EMS for 20 years and was one of the first paramedics to be employed there. After leaving Natchitoches Parish EMS he went to Red River EMS where he has worked part-time for the past two years.

William's is a jack of all trades. He can fix anything if you give him the chance. William will help anyone in need on or off duty, from picking up employees in bad weather days or ice days, to cutting up large trees in your yard after a severe storm. William is an all-around good guy. I'm not sure of any professional organization that he may belong to but I am sure there have been many throughout the years.

William came to work for Balentine ambulance service in October 1985 as an EMT basic. I have seen William grow from a young medic to a father of two, a supervisor, and an outstanding paramedic. William earned his paramedic in October 1993. Throughout the years he has mastered the skills and knowledge it takes to handle any situation that may arise at any given moment on the ambulance calls. William has the confidence it takes to supervise his crew members who work the 24 hour shifts.

In his spare time, if any, Williams likes to fish, hunt, and go camping. William loves to help anyone in need. William loves the patient care aspect and they love him. William never meets a stranger and all of the staff in this area whether it is at a nursing home or hospital always asked for William.
Not only does William work here at Balentine ambulance service as a shift supervisor/paramedic, he also worked part-time for Red River EMS as a paramedic where he has worked for the last two years

I could go on and on about things Williams has done over the years, how good his skills are and what a loyal employee he has been for the fill without a shadow of a doubt that William Wright is one of the best paramedics in this entire state of Louisiana. I feel over his 30 years career he has changed the lives of many patients and families that have and will cross his path. It is this dedication and determination that enhance EMS field and the reason William Wright deserves to receive the 2014 paramedic of the year award. (Carl McBeth)