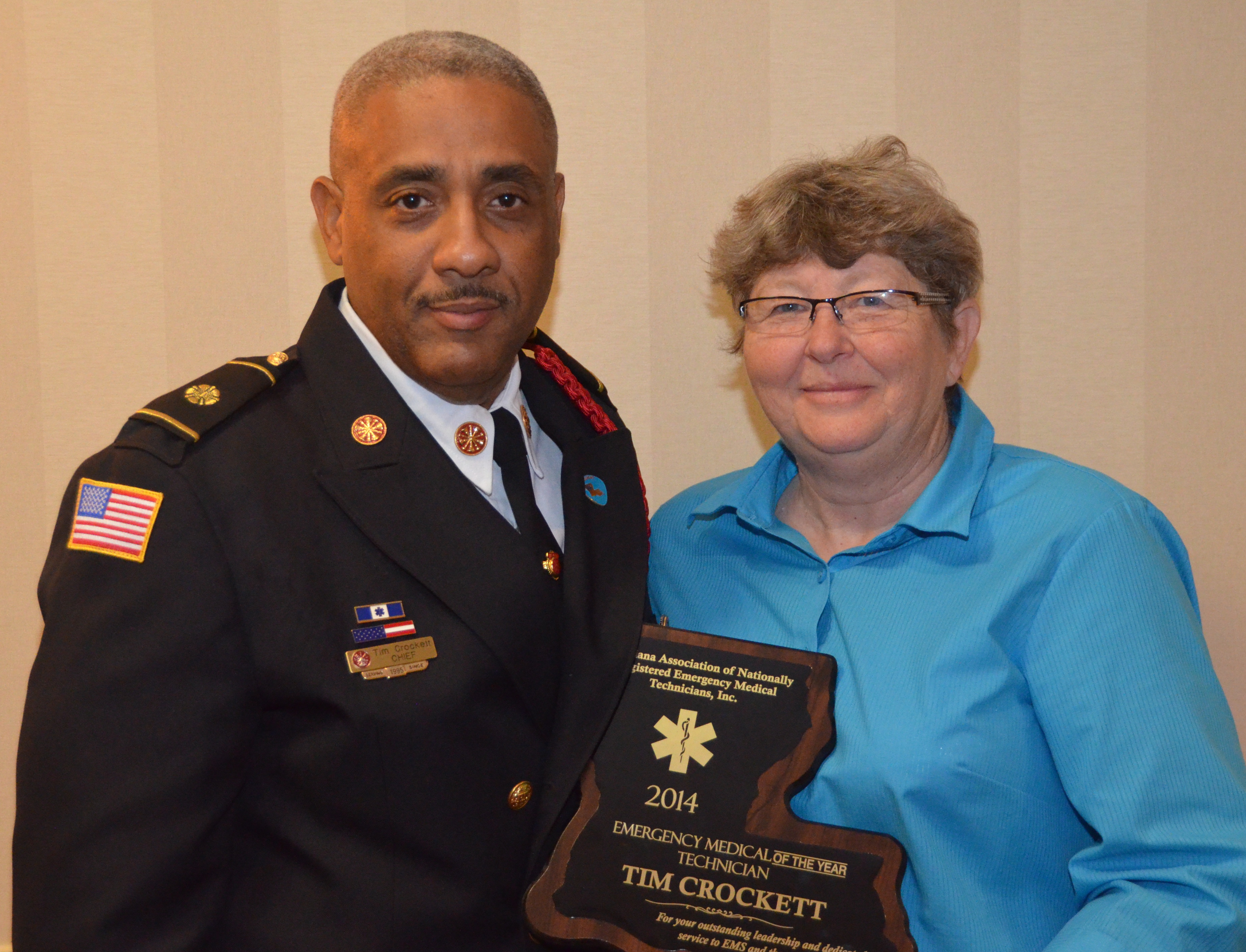 In times of need people call on friends and family. Through good days and bad, they are there to be depended on. But when the time comes when Band-Aids don't fix the injuries and the chest pains grow too much to bear, help is just a phone call away. For over 25 years, when the calls are placed at 911 and the tones can be heard, this individual has been there. His journey began years ago as an Acadian Ambulance Intermediate and continued after he left while working the local fire departments.

As the years went on and he grew older, he decided that he would no longer need his EMT-I and allowed his license to lapse. Unbeknownst to himself, he would be appointed chief of the fire department he once served within the same year. After this appointment, he made it up his mind that he had to go back to school. Though the medical terms are still the same, the techniques and the tools are different. He spent every minute of his free time at work and late-night studying at the station, determined to get his goal. At nearly 50, he went through an entire EMT course again and regained his license he once lost.

He took his new title and knowledge and went to work transforming this right appointment into an establishment of medically competent individuals ready and willing to serve the community's needs. Many days he wears a smile though he bears a heavy load. Each call he runs is special because no matter the place, the time or person in need, he always puts his heart and soul into it. This community has become his family and when they are in need, they look to him and his group of volunteers to reassure them.

In the five years he has been the Chief of the Lobdell Volunteer Fire Department, he has gained a department of first responders and five – Nationally Registered EMTs. With this, he ensures that his community is protected day and night. One of his most memorable calls occurred early this year involving a cardiac arrest of a neonate. At the time of this call, his wisdom and determination shined through. He worked quickly and efficiently, though the outcome was unknown, we all knew that the baby could not have fallen into the care of anyone better.

Of all the calls he has run and stories he has told, the most genuine part of being a true medic is that he needs no acknowledgment. He reminds me of a Superman changing in the phone booth. A hero in his own right but in his mind he is another person working each waking day to help those in need. He doesn't want his name in lights, he just believes in doing what is honest and fair. He helps other so much; there are times that he forgets to care for his own needs. If there is nothing left to learn from the day, just know that his favorite quote is "Every action has an equal and opposite reaction!" Understanding this quote helps to better understand the dynamics of Tim Crockett not only as a chief but as an individual.